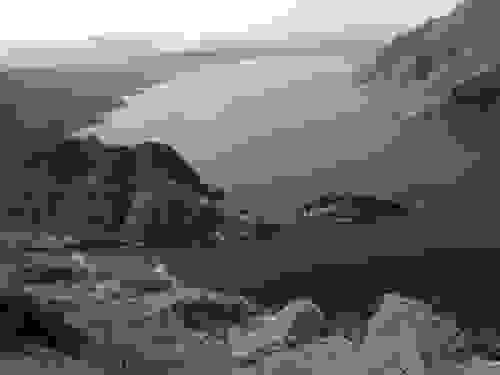 The Great Wall under Water

The Panjiakou Reservoir was created more than 30 years ago when a dam cut across the Luan River at Panjiakou Village, on the border of Kuancheng and Qianxi counties in Hebei Province. This dam was then used to create the Panjiakou Reservoir, which is part of the Great Wall in the Xifengkou area of the city.

Xifengkou Great Wall is located in the reservoir area of Panjiakou Reservoir and is famous for its long history but has never been artificially restored and is well preserved. Xifengkou is located more than 50 kilometers northwest of Qianxi County, Hebei Province, and is a majestic and dangerous town on the Great Wall. The main body of Xifengkou Great Wall has been submerged underwater, with some of the walls faintly visible underwater, which is a unique landscape of the Great Wall.

It was one of the important passes of the Great Wall in the Ming and Qing dynasties, and was also an important tribute road for the Mongolian Wuliang Sea Department at that time. Kuancheng and other counties of the traffic. Ming Yongle years to change the name of the present, Jingtai three years (1452) in July to build a pass, are built walls and the Great Wall connected, barricades looking at each other. The beacon pier is connected, the situation is magnificent. The gate has built during the Ming Jiajing years to the far building, now and the city building are destroyed, only the ruins.

Xifeng mouth in Song, Liao said Songting Guan. Ming Yongle rebuilt the gate and changed the name to XiFengKou. The gate building is 4 zhang high, the building on both sides of the wall and connected with the Great Wall. Since ancient times, Xifengkou has been a major transportation hub, a place where soldiers and families must fight. Lu You, the patriotic poet of Southern Song Dynasty, once had the poem of "three shifts, caressing pillow anxiously shouting, dreaming of seizing Songting Pass", which shows the importance of its military status. In 1933, the Japanese invaded China and attempted to enter the pass from Xifeng Pass, and the anti-Japanese general Song Zhuyuan led his troops to meet the enemy. In that year, the People's Liberation Army (PLA) advanced into North China to liberate Pingjin, which also led to the pass.

Xifengkou is one of the important passes of the Great Wall, which is easily defended and difficult to be attacked, and was historically a battlefield for soldiers. Famous ones include the Battle of Xifengkou during the War of Resistance Against Japanese Aggression.