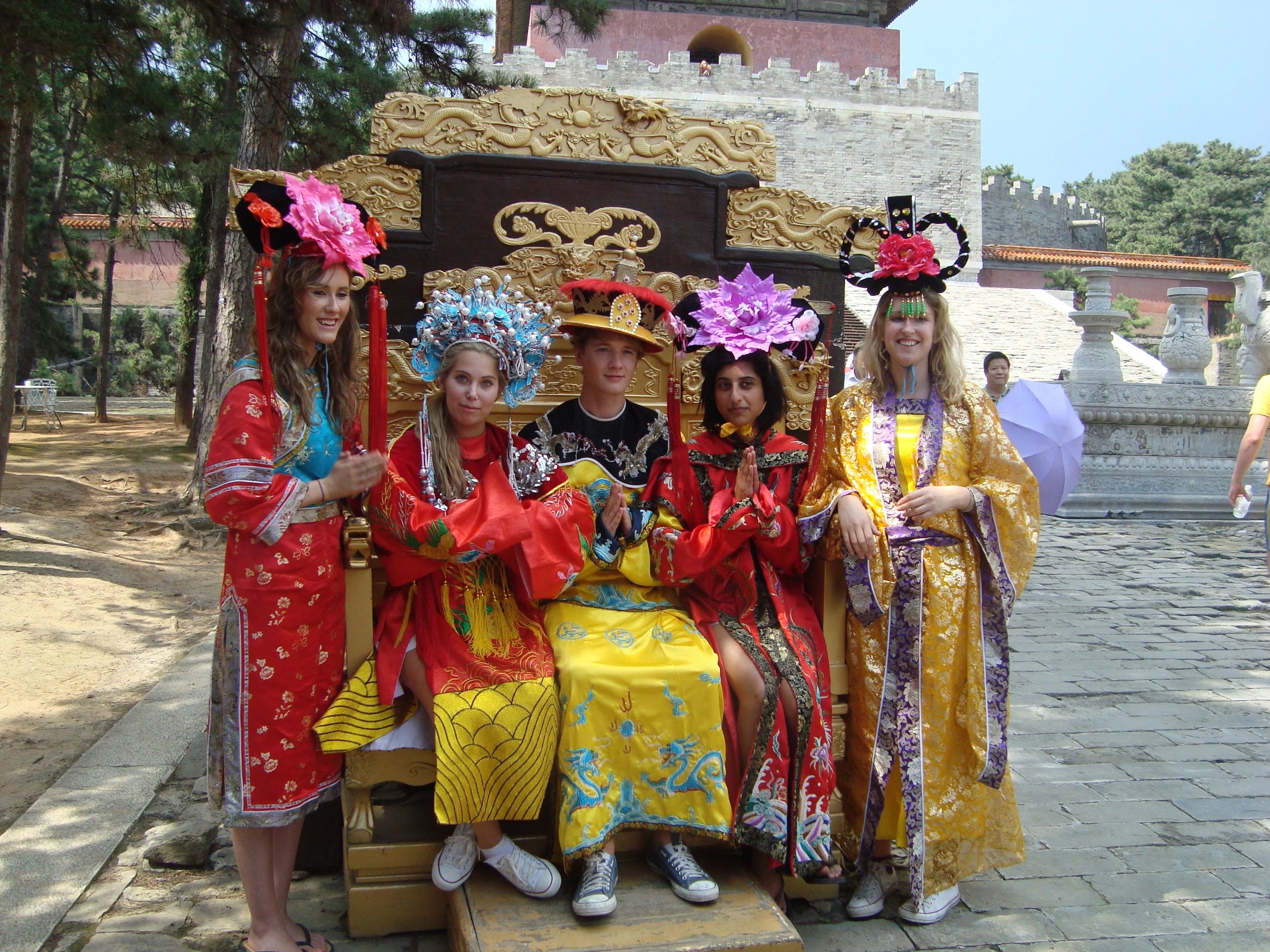 Adventure to the East Qing Tombs

The Eastern Qing Tombs, a sacred burial ground near Beijing, is one of the two tomb areas devoted to the emperors, empresses and imperial concubines of the Qing Dynasty (1644-1911, the last feudal empire in China).The other is the Western Qing Tombs.

The Eastern Qing Tombs, which is among the finest, best-preserved and largest of the extant tomb complexes in China, is located along Changrui Mountain in the west of Malanyu Town, Zunhua County, Hebei Province. Along the south side of Changrui Mountain, the tombs of five emperors, four empresses, five imperial concubines, and one princess are arrayed based on the traditional concept of placing the most senior and most distinguished in the center.

The Eastern Qing Tombs were first built in 1663, following the model of the Ming Tombs. Xiaoling, the tomb of the first Qing Emperor is the most elaborate of all. A huge archway stands before the Big Red Gate. Inside the gate is the Stele Pavilion with a stele inscribed with an account in Manchu and Chinese of the accomplishments of Emperor Shunzhi. A 12-meter-wide “way of the spirit,” paved with bricks and lined by 18 sets of stone statues of lions, elephants, horses, camels, and unicorns, as well as army generals and court advisers, leads from the archway to the tomb of Emperor Shunzhi.

There are ways that branch off to the right and left, leading to the other tombs, which are different in size and elaborateness.

To the west of Xiaoling is Yuling, the tomb of Emperor Qianlong. His reign lasted for 60 years and his tomb is among the most splendid ones with a floor space of 327 square meters.

The underground palace of his tomb is composed of three chambers with four stone gates, in the shape of Chinese character “zhu” meaning “ruler.” It is famous for its fine marble carvings on the walls and ceilings. Most notable are the eight bodhisattvas, four devarajas, small Buddhist and sutras carved in Sanskrit and Tibetan languages.

Xiaoling, the tomb of Emperor Shunzhi (1638-1661, the first Qing emperor to rule China), is aligned with the axis of the main apex of Changrui Mountain, which indicates that the person buried there is the most exalted in the group. Other emperors' tombs lie on both sides of Xiaoling in a fan pattern from east to west according to the position each person occupied in the family hierarchy. The tombs of empresses and concubines are placed alongside those of their husbands, clearly showing the master-subject relationship that they had in life. Sacred ways connect the tombs of the women with those of their husbands, and the sacred ways of the tombs of the other emperors connect with that of Xiaoling. Thus a branch-like system is formed, showing clearly the relationship of the rulers to their heirs.

Of all the tombs, Xiaoling is the biggest and most elaborate, standing as the focal point of the entire structure. The grandeur of this tomb may be attributed to its having been the first sepulcher constructed for a member of the royal family of the Qing Dynasty, so the builders hoped to set the tone for a prosperous future. Crossing through the Great Red Gate, you can see buildings of different sizes, all with roofs of yellow glazed tile, connected by the brick paths or 'sacred ways' that converge in the area of Xiaoling.

An example of the most exquisite architecture of the Eastern Qing Tombs is Dingdongling, the tomb of Empress Dowager Cixi . Although she handled affairs of state for more than 45 years, she never ascended the throne. (The only female ruler in Chinese history was Empress Wu Zetian in the Tang Dynasty (618-907). Elaborate and highly refined decorations and carvings inside Dingdongling make it unique among the tombs of the Qing Dynasty. The main material used in the tomb, which took six years to build, was gold, the symbol of royal family.

Around the Gate of Eminent Favor (Long'enmen) of Dingdongling, elaborate carvings of dragons and phoenixes, drifting water and flowing clouds adorn the white marble balustrades. In front of the hall, on a colorful stone, we find examples of extraordinary techniques and unconventional design in additional intricate images of lively dragons and phoenixes.